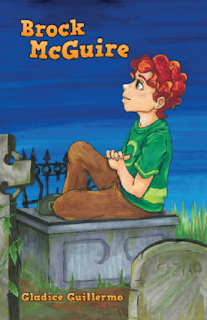 Brock has it made.  He's only in the sixth grade but he's great at speaking in front of people and throws in jokes for laughs.  If only he had brothers instead of sisters and the school bully would leave him alone.

Brock loves playing video games, so he gets his little sister to clean up his room, plays music to make them think he's practicing his saxophone, and uses his friend's math homework to get his done.  He's supposed to be walking a lady's dog, but he goes to the cemetery and meets his buddy and they smoke cigarettes.  Soon everything topples down around him.

He took the easy way out and copied an article from the internet to make his speech in front of his class.  His teacher figures out he did and calls his mother in and then tells Brock that was unacceptable.  Things go downhill from there.  The old lady learns he's not walking her dog like she thought, his friend doesn't want him copying his answers anymore, he gets in trouble for not cleaning his own room, and then he's grounded for a month and can't play video games.  Taking the easy way out is not allowed anymore.

Then Brock has this dream and the man in it says he'll help him.  He listens to him but he's not sure he's right.

Brock has some growing up to do...