Shed No Tears by Caz Frear 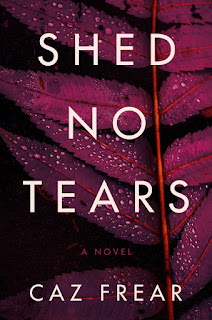 There had been a serial killer in the area in the years past.  He strangled his women.  He was dead now.  But they found some bones in a ditch partially covered.  It turns out this one was shot in the head.  Is there another killer on the loose?

Harper and Edelweiss allowed me to read this book for review (thank you).  It will be published on December 1st.

This is a long drawn out investigation.  There are a lot of people to interview.  The victim had been a foster child.  She wasn't old when she died but she had a bad habit of blackmailing people to get money.  She also blackmailed some of thee bigwigs in the gangster world.  There is no end to the list of suspects.

Cat soon discovers that there could be police involved.  Not everyone is clean in the cop shop.  The more questions she asks, the muddier it gets.  She has no idea who killed the girl.  When she finally narrows it down, the killer is a real shock...

It takes a while to read but it's a good mystery.