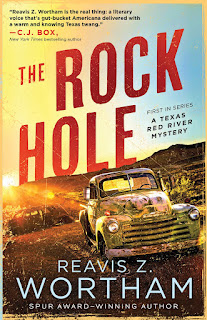 It all started with tortured animals.  They were showing up everywhere.  And Ned started finding catalog or newspaper pages under them of children.  He's afraid the killer is working his way up to them...

Poisoned Pen Press and Edelweiss let me read this book for review (thank you).  It will be published on October 6th.

Ned has no idea who could be doing this.  They'd had animal killings years ago but it stopped.  Why was it back?  Was it the old killer or is it a new one?

While all this is going on, a man gets out of prison and comes home to find another man occupying his bed.  He went in with the ax and he kills the man, his wife and all the children that were home.  One was staying at Ned's house to visit with his grandson and he's the only survivor.  He burned the cottage they were staying in and that's how they found the murders.  The baby is missing.  Unfortunately the animal killer has it.  It's dead already so he just sets it aside.

Ned asks the black deputy from the black side of town to help him.  They find the man who killed his family but clues are scarce on the other killer.

He's instructed the kids to stay in the house but they sneak out and go down to the Rock Hole.  It's good for finding arrowheads.  They'll be sorry.  The killer is waiting.