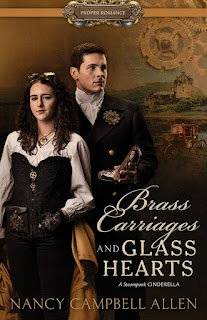 Emmeline is fighting for shifter's rights.  She's so well known, she's been invited to be a speaker on the international level.  She's thrilled until she gets a letter threatening her with death.  But she's not backing down...

Shadow Mountain Publishers and Edelweiss gave me the opportunity to read this book for review (thank you).  It will be published October 6th.

Her mother panics and drags her down to the police station.  She wants an officer assigned to her to protect her.  Wouldn't you know they'd assign the man was her nemesis?  He's been dragging her down to jail when she incites a riot.  Still, he's better than nothing.

The detective inspector is in almost as much danger as she is but doesn't know it.  Everything goes along fine except they are falling in love.  They don't really act like in public though.

They board the plane to go to the speaking engagement but changes its route and heads to Portugal.  He goes back out and finds she's ditched the plane using wings to land.  He follows her.  She hurts her ankle on landing.  He carries her part of the way and finally finds a farmer heading to town who will take them there, too.

What's interesting is that their own family members are the most dangerous.  They have confrontations with them and the only way they survive is a strong will and determination.

This story has a very satisfying ending...