The Darkness Knows by Arnaldur Indridason 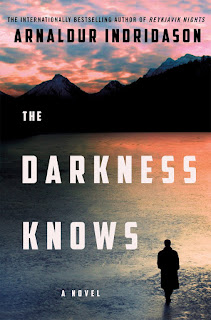 They found a missing person who had been gone for 30 years.  He was frozen solid but they could tell that was not why he died.

Minotaur Books and Edelweiss let me read this book for review (thank you).  It will be published on August 17th.

Konrad is a retired policeman but this had been his case, so he starts snooping around.  There are several suspects and some will talk and some won't.  They have a man in jail but Konrad doesn't think he did it.

This is a long investigation with pieces of enlightenment here and there.  Now if he can join things together maybe he can get to the truth.

He needs to protect himself, too.  Not all these suspects are nice.

It takes quite a while but he finally gets to the truth...