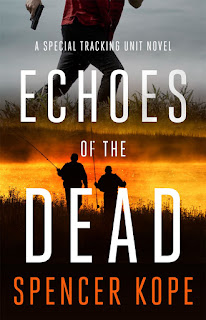 A group of four men go on a fishing trip.  They do this often so no one thought anything about it until they didn't call when they said they would.  They are missing, including the SUV they went up in.  Soon multiple agencies are looking for them.

Minotaur Books and Edelweiss let me read this book for review (thank you).  It will be published on September 21st.

Everybody is looking for them but there aren't many clues.  They begin to look into their background trying to find something in common.

When they begin to find to find the men, the first two are dead.  The next one was seriously injured.  And they still haven't located the congressman.

This started years ago and the killer holds a grudge.  He has something special planned for the congressman.

Will they find him in time?