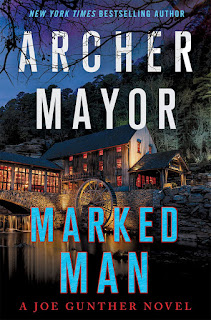 This is a tale of the old time MOB bosses and how one man made a killing away from them.  He owned a huge warehouse he's refurbished and his whole family lived there.
Minotaur Books and Edelweiss allowed me to read the one for review (thank you).  It will be published on September 28th.
It all starts when the man who created this new world for his family dies.  They think he's died from old age.  The autopsy shows he was murdered.
As they try to learn who would do such a thing, two more people are killed.  Neither of them were accidents.
You get journalist, cops and more looking for answers.  What they find out is that they slept around, many are related that don't know it, and the excess of money that now is up for grabs makes it even more complicated.
Nobody is very sweet in this story.  There are three killers.  And it's a hunt to the end.
at August 24, 2021