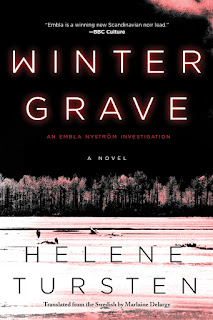 She goes home home from school to get her outfit for the program they are putting on and doesn't return but can't be found.  She rode home with a teenage boy who is very good with cars but not with much else.  He says he dropped her off and went on his way.  Not many people believe him.

Soho Crime and Edelweiss allowed me to read this book for review (thank you).  It will be published December 3rd.

The entire town is searched with no results.  Then a young boy goes missing.  The locals torch the barn the boy and his father use for restoring vehicles and burn the father to death.  The teenage boy is beaten so badly he almost dies.  The cops know he's innocent but they aren't believed.  His attackers go to jail, with court coming up before them for the murder of his father.

The sad part is that both children end up dead.  When how and why comes out, it's even sadder. The one that made me feel saddest was the autistic teenager who lost his father over an unjust accusation.