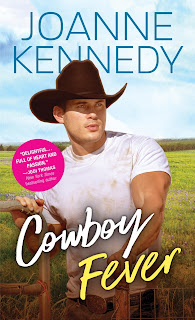 She was the Rodeo Queen.  When her dad died, she left town.  She had a cowboy she cared for but he was the local bad boy so she left him, too.  Now she's coming back to make amends with her mom and take over the ranch.  She stops in at the drug store and her bad boy finds her there...

Sourcebooks Casablanca and Edelweiss allowed me to read this book for review (thank you).  It will be published December 31st.

She can't believe what he's wearing or driving.  He's gussied up and looking good.  What happened?

She's come back to run a school where disabled children can learn to tide horses and learn how to be more independent and develop more muscles.  They have to be on old patient horses and must be attended to all the time.  The school goes well.

She finds that being around Teague makes it hard for her to be good.  He's too tempting.  Plus he has a girl after him that considers herself his girlfriend.  He says no, they are just friends but she doesn't want to leave it at that.

Then her father tries to blame a barn fire on his brother.  His brother might be mentally challenged but he works well and is afraid of fire.  Teague goes to talk to him, shoves him and he goes down but when he comes back up, he has a gun.  He shoots at Teague who leaves rapidly.  Then the father is shot and found dead.  Teague didn't do it but he was the last person to see him.

The killer was closer than anyone thought...

At least Teague and Jodi get back together again.