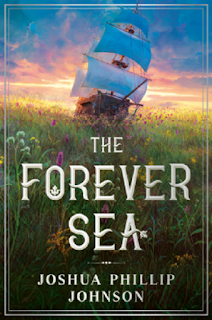 Kindred has been taught by her Grandmother how to make a fire with bones (size makes a difference) and how to talk to it to make it function the way she wants it to.

DAW and Net Galley let me read this book for review (thank you).  It will publish on January 19th.

Adding plants to the fire effects the flame and can speed the boat up.  The boats cross the grasses in the plains.  They also cross water.

When Kindred gets good enough she finds her own job on another boat.  Things are going good until she finds out her Grandmother has walked into the sea.  She wanted to know what was under the sea.

Things go from bad to worse.  Their ship is being targeted in their world, so they sail to another.  This city has lots of pirates so it's not too safe either.  They were supposed to work for a number of days and then they'd give them a ship and let them go.  It doesn't take long until they find out that's a lie.

Kindred is trying to find a way of escape.  Even her own shipmates can't be trusted.

This is a fantasy that is well done.  There may be more in this series because the story didn't really end.  You could always make up your own ending...