The Grave Digger by Rebecca Bischoff 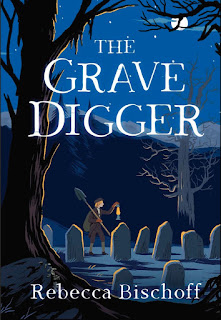 Cap Cooper is 12 years old and loves inventing things.  His father asks him to work with him to get money to pay the doctor for his pregnant mother's care.  He's shocked to see that means digging up dead bodies.  Institutes training doctors use the bodies to study anatomy.  They pay for them.  The man his father works with shares the proceeds.  It's an ugly, dangerous job but they need the money.

Amberjack Publishing and Edelweiss allowed me to read this book for review (thank you).  It will be published October 29th.

Cap hates doing it and when he touches one of the bodies it comes to life!  He wonders if he has special powers and can bring the dead to life.

He has a crush on a girl in his class and they are slowly building a friendship.  Then she's suddenly one of the dead they dig up.  He manages to wake her and takes her back to the orphanage.  But the next dead victim doesn't awake.

This is a factual story about practices in the late 1800's.  Cap is a boy you feel sorry for until the end when his skills and invention bring someone very important to him back to life.

This is a middle grade read but give it to someone who likes horror stories.  It's eerie, sad in places, and you aren't sure it will be happy ever after, but they've made it this far.  You're sure they'll make it the rest of the way.