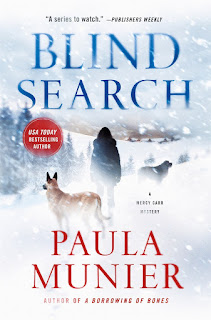 A little boy likes to go for walks in the woods.  He's not supposed to go alone but he sneaks out one day.  He doesn't follow the  path, he goes where the bird noises are or where it smells good.  He hears hunters so he puts trees between him and them.  Then he meets a pretty lady he knows.  They visit a bit and then she tells him to run...

Minotaur books and Edelweiss allowed me to read this bok for review (thank you).  It will be published November 5th.

When Mercy and Elvis, her service dog from the war, go in the woods to find him, they find the lady's dead body first.  She's worried about Henry, she can tell he was there.  Is he dead, too?

Troy, the game warden, shows up with his dog.  They find him hiding in a hunter's hut under the butcher table.  He can't tell then what he saw because he's autistic.  But he saw something so he's in danger.

The game warden is looking for night poachers, stopping bear slaughters during the day, and asking Mercy to go on a date with him.

Mercy is dealing with rich man who owns the forest and working to try to find the killer.  The local cop arrests the man the woman was dating because she was breaking up with him.  He likes the easy answer even if it's wrong.

Mercy finds that her death is related to her birth and several people were involved.  This is a complex mystery that includes the very rich as well as the poor.  It's a sad tale because the woman who died was killed by greed.  This is another "follow the money" tale. 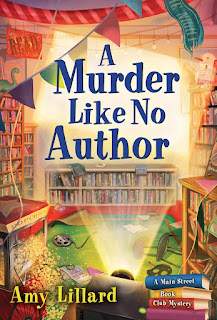