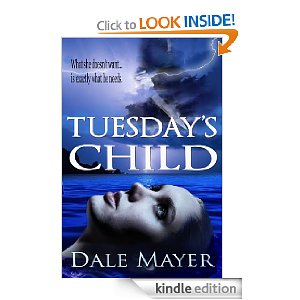 Samantha has a weird ability that she wishes she didn't have.  Everyone around her thinks she's crazy.  She's even been put in a mental hospital for a while.  But it didn't make it go away. In her own words:  "Christ, she was tired of waking up dead."

Ms. Mayer provided me with a copy of his book for review (thank you).  This is a paranormal mystery and I found it a very good read.  The book is available on Smashwords and Amazon.

Sam lives alone in a very private setting to avoid having any problems with other people.  If she deals with her problems alone, it's better.  She has psychic powers she wishes she could shed.  She does want to help people, though, so she has to endure her visions.  The worst part is that she goes within the victim at her time of death and feels all the pain and suffering.  Knowing there is a serial killer out there doesn't make it better.

When she tries to report a death to local police station, she almost gets thrown out because no death has been reported.  When it is, she becomes a suspect.  The only person who believes her is Brandt, the cop working on serial killings.  And she scares even him.

The story moves fast, the author's words flow well, and I found the story intriguing.  The ending is thrilling.  Why not grab a copy for yourself and see what you think?

Posted by Journey of a Bookseller at 12:28 PM