So Being A Booksellers Is Easy, Is It?

I've been quietly listing books every day, doing some reviews here and there, and trying to catch up a bit with unlisted stock. Then my husband has decided it was time to tackle the back bedroom - which had my personal library from Washington state all boxed up back there.

We're going on our third day into it, and there's more to do. You don't sort through a "cord" of books (about 9,000) without taking some time to do it. And that means lifting a lot of boxes, looking at each book, making a decision on keeping, donating, or selling it.

This means I don't list, I'm adding to my unlisted books, and my hands are sore, my back is good because I take care of it, but it's still talking to me, and we have two or three more days of this. Then we have to haul the give aways down to the local Good Start. They will pick up. Maybe I can talk him into that...

All in all, we have two tired folks in the household, but you can actually see the floor back there in the bedroom. That's a nice touch!

It needed to be done, but it doesn't feel like I'm making much progress. Maybe that's because it wasn't my goal right now. But when it's done, it's done! And I'll have some new treasures to list, too.
at July 30, 2008 No comments:

Not all wolves walk on four legs...

Jim Kane's 7X ranch is one of those that people creeping over the border use for passage. AQnd not all the aliens are Mexicans. Nor are the Mexicans themselves safe from those who prowl the borders.

The borderland has regular gun runners, and those who live on one side of the border or the other who grow marijuana or poppies for the drug trade and their own personal enrichment. Most of the ranchers try to ignore those who ply that trade - provided they don't bother them. But one family has become very arrogant and sure of their power to do whatever they want, and they start impacting the honest local ranchers around them.

When the rancher and his friends decide to fight back the war escalates. Part of the war is fought in the US, part in Mexico.

They find a large opium operation, that the young men and women who disappeared near the border have either been sold at prostitutes or raped and killed in snuff movies (Kane's granddaughter and goddaughter are kidnapped for this purpose also), there's a drive-by shooting with two friends being killed and Kane's grandson badly injured, an ambush where some bad guys get killed, and it's not over yet.

There could easily be a sequel to this book to carry on the story.

The author is a rancher who has lived in Arizona all his life, and this story, while fiction, is not that unfactual. These problems do exist along the borderland. If you have doubt, read about what is happening in Columbus, New Mexico , and the Mexican border town of Palomas; or El Paso, Texas and Juarez, Mexico. The problems are even worse in Arizona.

This is not a happy story, but these are not happy times in the borderland.

If you'd a like a copy of this book (or the one I previously reviewed of Joe's), here's the info:

To buy Wolves at Our Door and The World in Pancho's Eye, email horsemn1020@earthlink.net .

This is your opportunity to see what it's really like on the border in the Southwest.
at July 26, 2008 No comments:

Have you ever noticed that most of the current graphic novels for adults are a bit on the "dark" side?

I still enjoy graphics - they make the story come alive to me. That's why children's picture books are such a joy for me to list. (I have to read them all first, of course.) So stories in comic book form are fun, too. Except I'm having trouble finding stories I want to read.

Even those I think should be good tend to have either troubling subject matter or horror or monsters or something in the content.

What ever happened to positive stories?

I'm well aware of how bad things are in our country and others, that there are wars going on, starving people, abused people, etc. I want to read to "lighten up", not sink deeper into depression.

Anybody know a good graphic series that doesn't make you feel worse when you're through reading it?
at July 19, 2008 No comments: 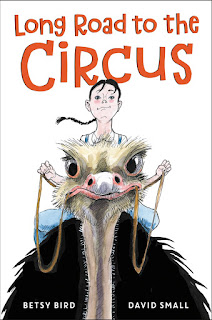