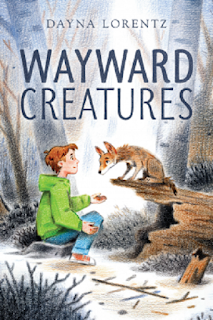 Gabe is feeling lost and alone.  His family has its problems and they don't have time to worry about his.  His friends have moved on at school and nobody pays much attention to him there either.  But when his old friends have found a new one to include, he feels hurt and angry.  He steals some Roman candles and takes them to the park.  They are all having fun with them until he tries to hit the new guy with one and starts a fire.  The others all run.  The cop takes him down to the station.

Houghton Mifflin Harcourt Children's Books and Net Galley let me read this book for review (thank you).  This book won't be published until 18th of January, 2022.

Gabe finds himself having to do community service and paying for the fireworks.  That's better than being in jail.  Nobody gives him a chance to say it was an accident.  A group of concerned citizens help put together a plan for rehabilitating the park.  He has his orders now.

When he's in the park working with another park employee he finds a hurt coyote.  He brings it food and water and keeps it a secret.  It got scared in the fire and it is rumored it bit a child.  When it gets well enough to move, the other park employee finds it and calls animal control.  Gabe doesn't want to see it euthanized.