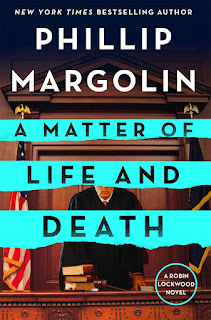 Joe is trying to find a job so he can move his wife and child out of the homeless tent city they are living in.  A man approaches him and says he can get paid for fighting.  Joe was a professional fighter for a while so he says yes.  He knows the fight is illegal but he feels he has no choice.

Minotaur Books and Edelweiss let me read this book for review (thank you),  It will be published on March 9th.

He fights and wins.  The other man was drugged but he didn't know it.  They take him away and someone else kills the man he was fighting.

From there the story gets complex.  Joe believes he's killed the man.  They take him to another house to rob the jewelry in the safe, but he almost falls over the dead woman on the floor.  He has left fingerprints behind but he runs.  The man that brought in the van was gone.

This was a set up to make Joe the fall guy.  He ends up in jail.  But Robin doesn't think he's guilty and keeps checking things out.  There was more than one killer, lawyers are involved as well as a judge, and it's confusing but Robin straightens it out and reveals the real killers...