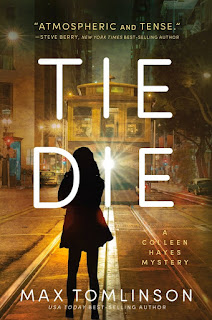 This story started back in the 60's.  Steve was the lead singer in a band until he woke up with a dead under aged female in his bed.  Then he ran from the law because he didn't kill her but they didn't believe him...

Oceanview Publishing and Edelweiss let me read this book for review (thank you).  It will be published September 8th.

Now he has a problem of his own.  His young daughter has been kidnapped and he asks a P I to help him.  She hasn't gotten her approved license yet but she's willing.

As she looks into the case, she finds his ex has the kid and she's bought her a horse to keep her quiet.  She takes pictures and shows him.

When she goes to brace the ex about what's going on (they want the rights to his old songs), she finds her dead in her bedroom.  At first she suspects the husband.  He was very angry.  But then she decides he didn't do it.

The more people from his past she meets, the more dangerous it gets.  There's no lack of guns and they are  all big men.

It's a complex case with a producer who wants songs he never paid for, a nasty ex-wife and her father, and a bully who doesn't care if he kills people.

She's determined to get to the bottom of it and she does.  But it's good thing she had a gun and a knife with her...