The Sea of Japan by Keita Nagano 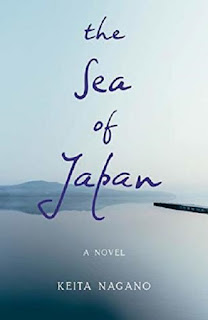 I read books like these to learn about the country and their customs.  I did learn a lot.  Mr. Nagano's words draw you in and make you care about his characters.  Since I'm in love with the Pacific coastline, I decided to visit the Sea of Japan.

Lindsey is an English teacher who has found temporary placement in a Japanese school.  She got reprimanded in her old school, so she's starting fresh.  The first thing she finds is that she's in a fishing town and they have very good sushi.  As time goes on she begins working in a sushi restaurant where she is taught how to do it right.  It's harder than it looks.

Then she gets into an argument with the coach because he's been hitting the students.  They both decide to resign.  That gives her time to become a fisherwoman by helping the man who owns the boat.  They do well.  Her Grandfather is a fisherman and she's been out on his boat.  But they fish differently in Japan.  She learns as she works with him.

There are battles over fishing rights, the quantity that can be caught, trouble getting the cities to cooperate and more.  Her old boyfriend shows up and he works with a big compny.  She asks him to help her save the fishing community.  He says he will but he lies. Her fisherman is not happy that she's hanging out with him.  He's fallen in love with her. Things get worse instead of better but she's determined to fix it.

The characters are full bodied and feel real.  Lindsey might not get everything she wanted but she does well.  I found myself cheering her on.