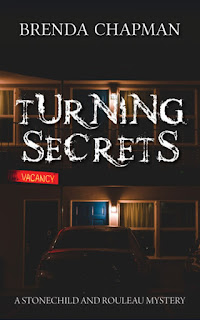 A  dead body on a construction site is a young woman.  At first look it looks like suicide.  But Kala thinks it might be murder.

Soon she finds out the woman died some place else and was moved.  Her heart gave out on her from the drugs she took.

No one saw anything, so this is going to be a hard case to solve.

Dundurn and Edelweiss gave me the opportunity to read this book for review (thank you).  It is being published today.

They find she got cheap rent at her apartment because she traded sex for part of the rent.  She seemed to be doing prostitution on the side.  She has babysitters take care of her son while she's out.  Another tenant at another apartment owned by the same man has a similar arrangement.  He gets questioned hard by the cops but while he has sex with them, he swears he didn't kill her.

In the meantime one of her niece's schoolmates is seeing an older man and he's using her for sex and sharing her with others.  First Vanessa goes missing and then Dawn does, too.  Trying to solve a murder and find a missing child all at the same time adds up to no sleep.

What they find at the end is ugly and close to home.  I was surprised to find who was behind it.  This is a book that holds your attention.

Posted by Journey of a Bookseller at 7:30 AM