An Unexpected Peril by Deanna Raybourn 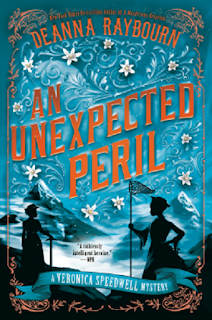 They are putting an exhibit together for the queen.  It's to honor a woman mountain climber.  It's going well until Stoker shows  Veronica where the rope was broken.  It was not a simple break, it was cut by a knife.

Berkley and Net Galley let me read this book for review (thank you).  It will be published today.

Veronica immediately wants to solve this murder.  Stoker tries to talk her out of it because they are working with royals.  She's bound and determined to find the truth but she won't advertise it.

Veronica is an illegitimate relative of the Royal Family.  When the princess goes missing, she is asked to fill in.  She does this twice and manages to carry it off.  The princess does this regularly so no one worries about her.  Veronica is watching how the family behave to see if she might find the killer.  She and Stokes argue but she doesn't give up.

The words flow in this book and Victoria pieces together a theory.  She was right but with a gun in the killer's hand it's not going to be easy to defend themselves...

The killer surprised me.  There was an illicit romance going on and this was a way to stop it.

This series is always a good read and there's tension and drama in all of them.  I recommend this series.  It gets better each book. 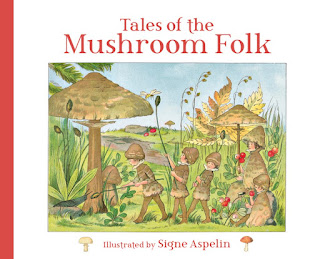