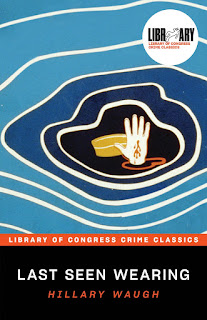 It's a normal school day but Lowell says she's not feeling well at lunchtime and lays down.  When her roommate comes back to the room, she's not there. Nor does she return the next day.  Eventually the police are called in.

It takes a big search but they finally find her body.  But no one saw anything, the boys she dated had been other places, so how did she die?  There is a suspicion that it might be suicide but it doesn't take them long to determine she was murdered.

There is  a lot of detective work involved.  It seems like it's going nowhere, but the chief has an idea and sets out to prove it.

This is a good police procedural and the killer was unusual.