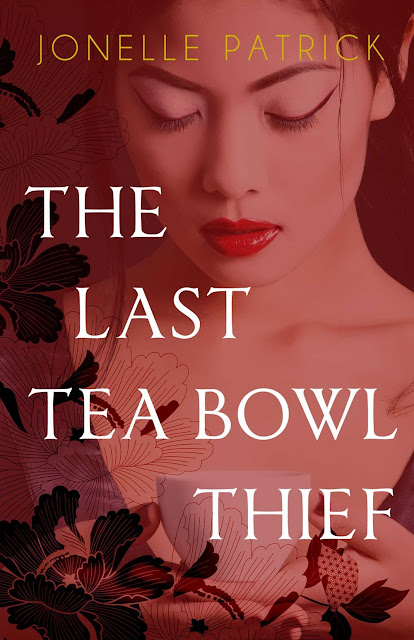 Robin works in a firm that identifies antiques.  She know by how it was made and what era that would be.  She would rather share Japanese poetry but she has to find something that others have not to finish her degree.

Seventh Street Books and Edelweiss let me read this book for review (thank you).  It will be published October 20th.

This is a mix of modern day Japan with the Japan of years ago where we follow the poet and the pot maker in their trials.

Robin meets another young Japanese woman who has found an old pot hidden in her grandmother's shop.  Little do they know what that pot will lead them, too.

Japan has different ways of doing things and that's explained as they go along. The potter makes the pots for his sins and breaks them to make a change in his life.  The pot that is still around was stolen.

Robin steals it out of the safe and out of the building to share it with a priest who is going to settle the potter's soul.  She gives it to him for the ceremony and as he chants, he destroys the pot.  Robin can't believe it!  Now she's really going to be in trouble...