Anya and the Nightingale by Sofiya Pasternack 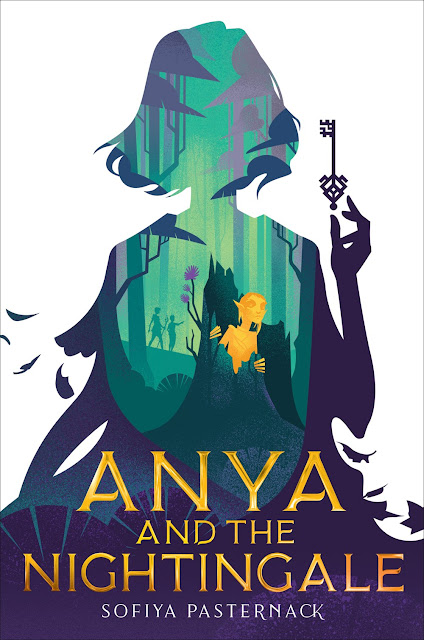 Anya and her friends managed to save one of the last dragons in the land.  He's a river dragon, so as long as he stays out of sight, he's safe.  The children like to play with him.

Versify and Edelweiss let me read this book for review (thank you).  It will be published on November 10th.

Now the soldiers have taken her father away because the neighbors lied about him.  Anya is going to get him back.  She takes her best friend, Ivan, with her.  And the dragon comes, too.

They meet a woman who can help them get there sooner.  The problem with that is she sent them to a different town.  While they are traveling they run into a boy that looks like an elf and has magic powers.  He's dangerous but Anya thinks he could be a friend.  Also after using magic to travel, it turns out the dragon now looks like a boy.  The elf tells them they are holding his brother in the dungeons.

That might be where her father is held, too, so they go deep into the underground caves.  One thing they find is a monster that wants to kill them so it gets exciting for a while.  They almost drown fleeing from the monster.  And their troubles are not over yet.

There's plenty of action, and young readers will like all the forms of magic and how hard things are for the adventurers.  It's not boring...