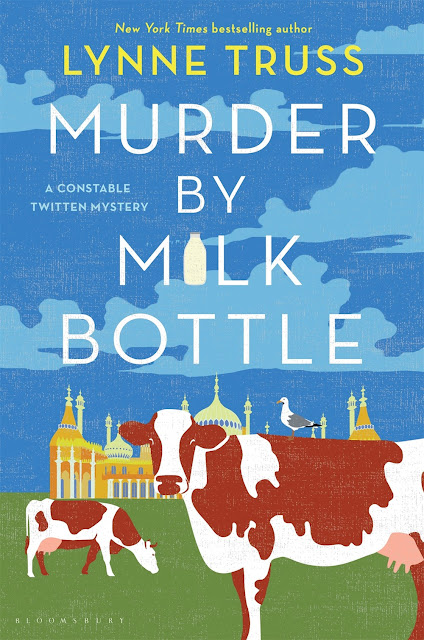 Constable Twitten is expecting things to slow down but when they find three dead bodies that were killed with a milk bottle, that ends that fantasy.  There are no clues, just broken milk bottles.

Bloomsbury Publishing and Edelweiss let me read this book for review (thank you).  It will be published November 10th.

None of the police involved in the investigation are particularly smart.   The Constable has good instincts and tries to share them with his boss, but he doesn't want to hear it.

There is a lot going on, some of it even in the police station.  This is almost a parody.  Things are happening right under their noses and they don't see them.

As they are hunting for the killer, there is a group of bad guys who came to town.  They end up killing each other.

Nobody is faultless, more people get killed, but eventually they do run the original killer down.  It's entertaining even if it isn't the best police procedural.  There are spots that almost make you laugh...