A Christmas Resolution by Anne Perry 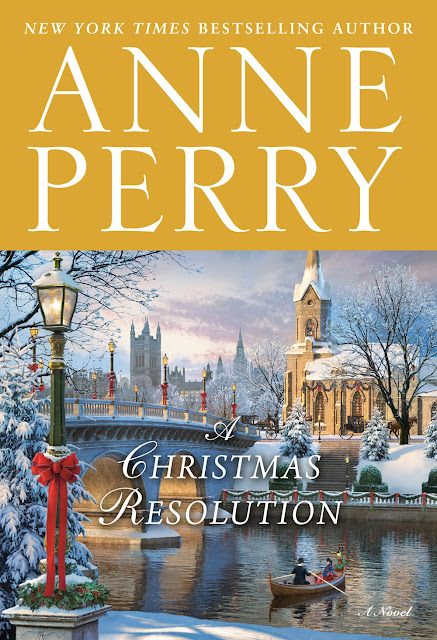 Detective Hooper and his girlfriend, Celia, are worried about a friend they have.  She's made her mind up to marry a man who is very rigid and opinionated.  He also appears to be abusive.  When he finds out Celia has talked to her, he comes and threatens Celia.  She tells Hooper.  He decides to try to find out what happened to his first wife...

Ballantine Books and Edelweiss allowed me to read this book for review (thank you),  It wull be published on November 3rd.

I like Anne Perry's books so I had to read this one.  It's not a cheery book.

Hooper finds the woman drowned herself.  To find out why he'll need to track down the missing daughter.  It takes some doing but he eventually locates her.  He takes her home with him.

They find out the wife deliberately drowned herself rather than live with him.  The worst part was that he watched but didn't try to stop her.

When he shows up at their house, he almost attacks his daughter.  There's a big confrontation and you are unsure who is going to win.  Will his daughter remain free?  Will he still marry?