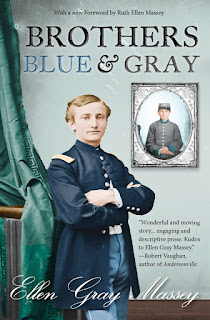 This is a story of the Civil War.  Two brothers enlist in opposite armies, their sister doesn't take sides and tries to keep them from fighting.

Treehouse Publishing and Edelweiss let me read this book for review (thank you).  It will be published August 10th.

This is a hard look at slavery and the fight between the north and the south.  It's sad in many ways.

The two brothers go to the side they believe in.  Their father and sister stay home.  Then her father gets in a fight with a soldier and ends up dying of an old battle injury.  That leaves the sister with keeping the farm going.  Their slaves have been freed but most stayed there to help.