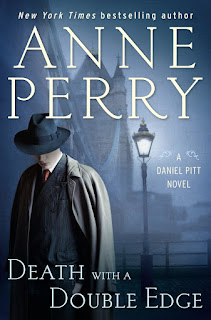 It started with a young woman who enjoyed her men and was found beaten to death.  Then a lawyer was murdered.  Then a rich man's son was killed.  And the small young woman who was an assassin is found dead also.

Ballantine Books and Edelweiss let me read this book for review (thank you).  It will be published April 13th.

Daniel Pitt is trying to connect the deaths.  He worked with the lawyer and regretted he did not know him better.

The more he searches and the questions he asks don't lead him very far.  His father warns him off of a suspect because he has lots of money and big ambition.  His father does some snooping of his own.  As they start to get closer to a  solution, Daniel's mother disappears.  She's been kidnapped.  The note from the kidnapper says to stop the investigation.

Instead of stopping it, they work harder on it.

Will they get his mother back alive?  Will the killer be discovered?