The Murder of Mr. Wickham by Claudia Gray 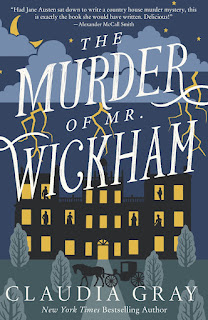 The Knightley's decide to throw a house party and invite a crowd.  On the first night an unwelcome guest shows up:  Mr. Wickham.  He is having a good time but he's ruining everyone else's.

Vintage and Edelweiss let me read this book for review (thank you).  It has been published and you can get a copy now.

Before too many days go by, Mr. Wickham is found dead.  None of the guests are allowed to leave until the killer is found...

Everybody is a suspect.  There were many that hated Mr. Wickham.

The best detectives are the young ones who go looking for clues.  The parents are all looking at each other for the killer.  There is a lot of suspicion, and the couples find themselves withdrawing from their relationships.

It's a slow moving book with lots of details but the killer surprised me.  I could understand why but I had no idea who had done it.

Did you figure it out?

This will teach you about unicorns.  It is full of facts. Magic Cat Publishing sent me a copy of this book for review (thank you).  It has b... 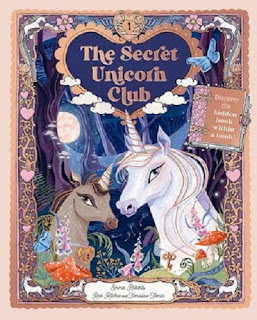