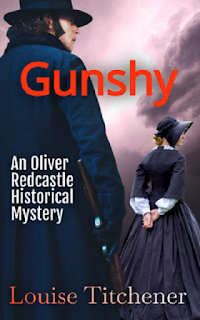 Oliver used to work at Pinkerton but he's moving on.  He wants to get into a less dangerous business.  But going home didn't remove any danger...

He and his cousin fought on different sides during the Civil War.  Oliver made it back in good shape but his cousin didn't.

Oliver runs into several versions of trouble at home.  He wants to invest and the sheriff says he can have two days to decide if he would like to join their group.  He gets solicited as a detective by a woman that wants to work with him.  She's not who she says she is.  There is a plot to kill the president that he wants to stop.  And all this going on at the same time.

As if that isn't enough, someone is trying to kill him.  Will he live long enough to sort it out?