Beauty and the Deceased by Debra Sennefelder 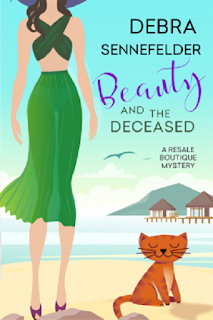 It's a small town where everyone knows each other.  Kelly is back home running the store her grandmother had and loves being home again.  Especially since her cousin has come home for a visit.  But she doesn't show up for scheduled meeting, so Kelly goes to look for her.  She finds her but she's dead...

Kensington Books and Net Galley let me read this book for review (thank you).  It will be published on December 14th.

The cops warn Kelly to leave the investigating to them but she doesn't listen.  It's her cousin, why would someone kill her?  She gets warnings to leave the case alone from the killer but that doesn't slow her down either.

As she asks questions and follows clues, she also has two men she interested in.

Romance and mystery all at the same time.

She finally figures it out but so has the killer.  Will Kelly survive?

Elisabeth and the Box of Colours by Katherine Woodfine

Elisabeth liked to draw like her father.  She loved his work and started coloring her own.  Then she got old enough to go to school.  It was... 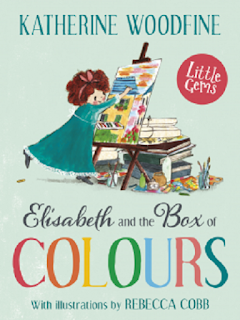