One Last Chance by Jeffrey Siger Maggie goes back to the Greek island her grandmother lived on for her funeral.  When she looks at her in her coffin, she sees IV marks.  She wasn't ill, why would she have those?

Poison Pen Press and Edelweiss let me read this book for review (thank you).  It has been published and you can get a copy now.

She finds that several other old people have died and they had the same markings.  She tries to figure out why.

This is a complicated case.  There are bad cops, a bad priest, and more involved.  One cop gets killed adding to the murders.

Maggie tries to find evidence.  She has to be careful.  She doesn't want to die.

It's a bit of a creepy story but they do find the killers at the end...

The Perfect Tree by Corinne Demas, pictures by Penelope Dullaghan

Bunny wants the perfect tree for Christmas.  She heads out looking and all the other animals help her by telling her what to look for. Camer... 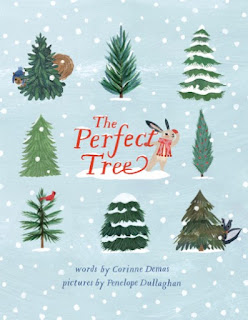